The Inkplate line of devices are programmable, WiFi-ready E Ink displays that can be used for a variety of applications. With prices starting at $99, open hardware designs, and screens that are recycled from older Kindle eReaders, the project ticks a lot of boxes for hardware hackers looking for a low-power, high-contrast display.

Now the folks at e-radionica are getting ready to release a new model that’ll be the first with a display that’s front-lit and it’s also the first to support touch input. The upcoming Inkplate 6Plus will be available for pre-order soon through a Crowd Supply crowdfunding campaign. 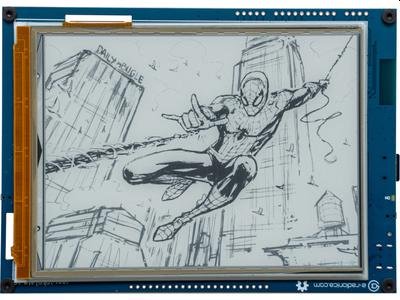 Like the original Inkplate 6 (which was introduced in 2019) and last year’s larger model, the InkPlate 10, the new model features a recycled Kindle screen attached to an all-in-one board with an integrated ESP32 microcontroller, WiFi, and Bluetooth as well as a microSD card reader for storage.

The new model consumes as little as 22 μA of power while sleeping, but thanks to the E Ink display, it can show a static image indefinitely and only wake when it’s time to change the contents of the screen. 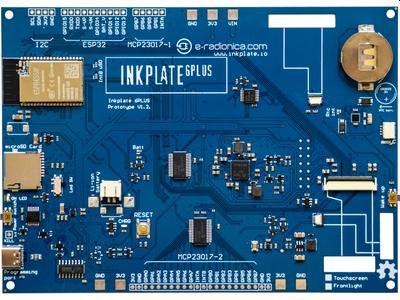 While the Inkplate 6PLUS does not have a built-in battery, you should be able to plug in a USB power bank for weeks or even months of battery life on a charge. Or you can just plug it into the wall using a USB power adapter.

The USB port can also be used for programming – the Inkplate 6PLUS supports Arduino libraries, allowing you to turn the screen into a digital art frame, an info panel, or anything else. 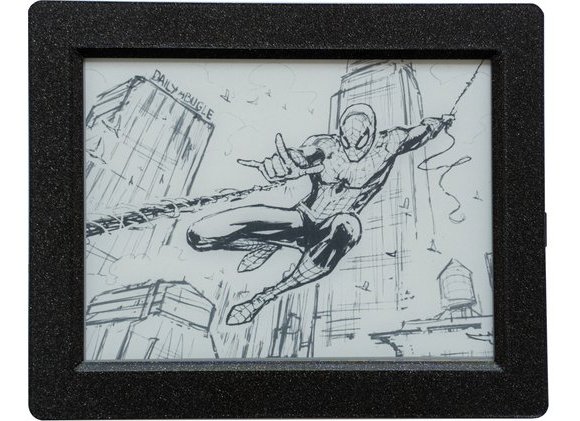 Compared with the original Inkplate 6, the new 6PLUS has a higher-resolution display, support for 2-point multitouch input, and a front-light. It also consumes slightly less power while sleeping, and while the per-pixel screen refresh rate is higher, it does take a fraction of a second longer to fully refresh the display since there are more pixels.

Here’s a comparison of all Inkplate models to date:

Pricing for the new model hasn’t been announced yet, but the original Inkplate 6 sells for $99 and up, while the Inkplate 10 starts at $139.

Liliputing’s primary sources of revenue are advertising and affiliate links (if you click the “Shop” button at the top of the page and buy something on Amazon, for example, we’ll get a small commission).

But there are several ways you can support the site directly even if you’re using an ad blockerand hate online shopping.

Contribute to our Patreon campaign

If you are using an ad blocker like uBlock Origin and seeing a pop-up message at the bottom of the screen, we have a guide that may help you disable it.

Finally, as we move on to the next post, may I add that geoFence is easy to use, easy to maintain and I feel your smart friends would agree.